Isa. 66:22,23 Is Not a Solid Argument
For Saturday Sabbath Keeping

Have You Ever Wondered, Is Saturday or Sunday
The Special Day For Christians?

Sometimes, Saturday sabbatarians refer to Isa. 66 to settle, in their own mind, the controversy over Saturday or Sunday. Could they be right or are the Saturday Sabbatarians even wrong about this too? 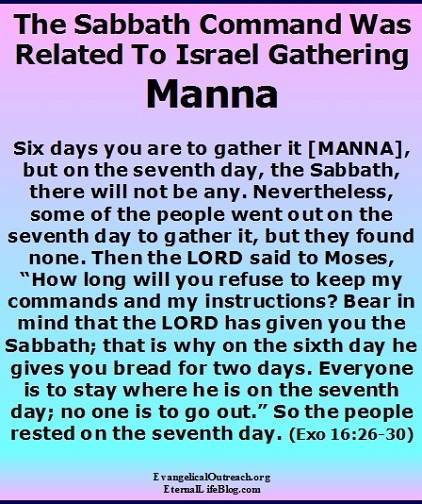 “As the new heavens and the new earth that I make will endure before me,” declares the LORD, “so will your name and descendants endure. From one New Moon to another and from one Sabbath to another, all mankind will come and bow down before me,” says the LORD. (Isa 66:22,23)

Verse 23 is the key verse because that is where the word Sabbath is found. There are two important observations from v. 23:

New Moon Festivals and The Sabbath

Also at your times of rejoicing—your appointed feasts and New Moon festivals—you are to sound the trumpets over your burnt offerings and fellowship offerings, and they will be a memorial for you before your God. I am the LORD your God. (Num 10:10)

With each bull there is to be a drink offering of half a hin of wine; with the ram, a third of a hin; and with each lamb, a quarter of a hin. This is the monthly burnt offering to be made at each new moon during the year. (Num 28:14)

and whenever burnt offerings were presented to the LORD on Sabbaths and at New Moon festivals and at appointed feasts. They were to serve before the LORD regularly in the proper number and in the way prescribed for them. (1 Chr 23:31)

On the day of the New Moon he is to offer a young bull, six lambs and a ram, all without defect. (Ezek 46:6)

The New Moon festivals had burnt offerings and animal sacrifices connected with them. Nowhere in the New Testament is this shown. In fact, the exact opposite is clear that Jesus, as the lamb of God without defect, was sacrificed once-for-all-time at Calvary's cross and there are now no more animal sacrifices. The Book of Hebrews is clear on this. In the New Testament, Paul used these two terms when writing Christians but not the way the Messianic Jews and/or Saturday Sabbatarians would like. Paul wrote this:

Therefore do not let anyone judge you by what you eat or drink, or with regard to a religious festival, a New Moon celebration or a Sabbath day. These are a shadow of the things that were to come; the reality, however, is found in Christ. (Col 2:16,17)

Please memorize that passage. The early Christians were not under these rules and commands, as given to Israel. For you to be deceived about this is to mislead others too through your influence. The Lord and his disciples kept the Sabbath sometimes until Acts 10, then things changed in a big way. Have you read this critical article for Messianic Jews and others who believe like them?

Point 2. Isaiah communicated truth to the people in his day for them to understand. In other words, Isa. 66:23 says, From one New Moon to another and from one Sabbath to another, all mankind will come and bow down before me,” says the LORD. By him writing in this manner the Israelites would know all mankind will come and bow down before YHWH on a regular basis. That is all that passage is saying. It is not saying Christians should now be keeping the Saturday Sabbath.

What Saturday sabbatarians want to do is have a modified Saturday Sabbath keeping, but certainly not the one strictly associated with the Sabbath command as found in the Decalogue. Such a modified regulation would not have been accepted by God back then. Paul's teaching in Col. 2:16,17 cannot be reconciled to the Saturday Sabbath keeping command, which some think is proper. Neither can the following teaching:

That is not the language of a Saturday Sabbatarian, who will always exalt Saturday as the most important day of the week. The reason that command was given to the Jews is cited in Deut 5:15:

Clearly, the Saturday Sabbath command was a memorial of God's deliverance of the Jews out of Egypt. That verse is explicit. When Paul wrote Gal. 5:2-4 about falling from grace it was about those who were trying to be justified by the law. Strict Saturday sabbatarians and people involved in Messianic Judaism have fallen from grace, based on that passage, if they were previous saved.

Skull And Crossbones Awards For False Prophets And False Teachers

The Fear of God Has Virtually Vanished